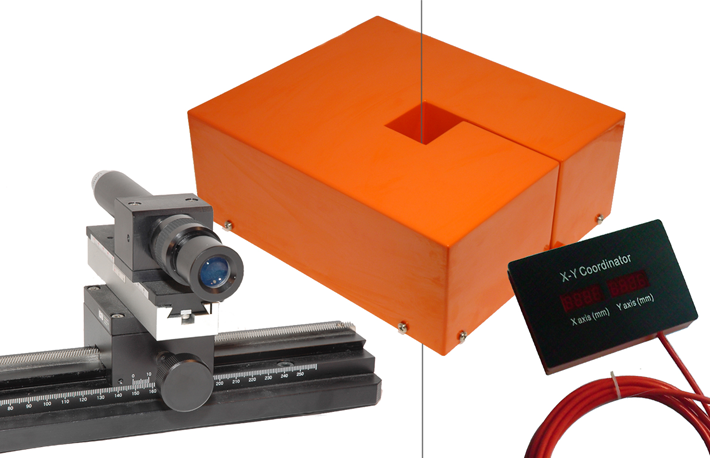 Hanging Pendulums are used for accurate and long term monitoring of horizontal structural movements of large structures such as dams, bridges and other tall buildings.

The upper end of a steel wire is anchored to the structure under observation. A weight suspended from the lower end is free to move in an oil tank, the oil serving to damp oscillations of the wire. Displacements relative to the wire may be measured using a portable optical readout unit or for remote reading, an automatic x- y coordinator. Measurements can be made at one or several elevations along the wire, taking readings of two perpendicular components of horizontal movement at each elevation.

The Inverted Pendulum uses identical measuring devices as the hanging pendulum and consists of a wire, anchored in stable ground beneath the structure, with a float fixed to its upper end. The float, which is free to move in a water tank, tensions the wire and keeps it vertical.

The Soil Instruments Automatic Pendulum Readout uses Charge Coupled Device (CCD) arrays and laser diode emitters to determine the position of a pendulum wire within the central reading aperture. No contact is made with the wire in any way, the measurement being completely contactless. The reading arrays are corrected automatically for temperature and the entire readout can be replaced without the need to move the pendulum wire.

A permanent digital display can be connected to the readout unit and displays the x & y position in millimetres, updated 2 times per second. The readout also has an RS485 and an analogue output allowing it to be incorporated into almost any data acquisition system.

Hanging Pendulum: The upper end of a Stainless Steel wire is anchored to the structure under observation. A weight suspended from the lower end of the wire keeps it under tension whilst being free to move in an oil tank.

Inverted Pendulum: The wire is anchored in stable ground beneath the structure. A float is fixed to the upper end of the wire which is then allowed to float free in a water tank whilst keeping tension in the wire.

Readings for both versions of the pendulum are treated in the same way. Displacements relative to the wire are measured using a portable optical readout or, for remote reading, an automatic CCD system. The reading arrays are corrected for temperature and an external digital display can be connected to the readout unit to display the X and Y (and Z, if used) positions in millimetres. The readout can be incorporated into almost any data acquisition system.

Hanging and Inverted Pendulum Systems are designed for accurate and long-term measurement of horizontal movements associated with the rotation or tilting of a structure.

Typical applications include determination of horizontal movement of: