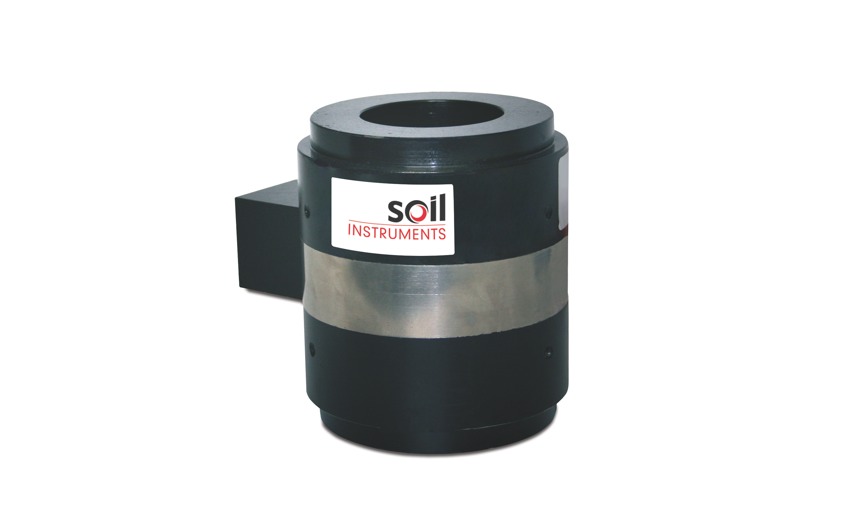 The Vibrating Wire Load Cell is designed to directly measure load in piles, rock bolts and between tunnel supports, as well as tension in cable anchors.

The load cell comprises a set of up to six Vibrating Wire gauges mounted parallel to the cell axis and spaced equidistant radially in a cylindrical housing.

The load cell can be wired directly to a data logger, or connected via sheathed cable and a switched terminal unit to a readout unit.

Load cells are manufactured with a centre hole to accommodate rockbolts, tendons or anchor cables, but can be supplied with top and bottom load plates for use as a solid centre cell.

The readings from up to six gauges are averaged to produce the total load for the cell.

Calibration factors are provided to enable direct reading in engineering units when using itmsoil VWnote readout. Alternatively, cells can be wired to a datalogger.

Vibrating Wire Load Cells can be used to measure general or specific loads.