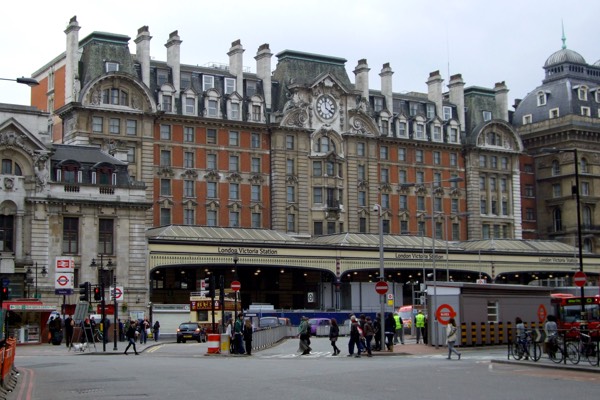 Victoria underground station is at the heart of London’s transport network and is one of the busiest stations, used by around 100 million passengers each year. Over the next 5 years improvements will be carried out in the Victoria Station Upgrade (VSU), including additions to the ticket halls, the addition of nine new escalators, a number of new lifts and improved access between National Rail and Underground platforms. (68)

A number of high profile structures are within the zone of influence and need to be monitored for adverse effects during construction works at the station. These include: Victoria Palace Theatre, Apollo Victoria Theatre, Network Rail Station, John Lewis HQ and various other office blocks, businesses and residences. As part of the upgrade, Soil Instruments provided various instrument to be used in the monitoring of the construction works at the station on these high profile and important structures.

Total Stations have been supplied and are interlinked using observations to fixed reference prisms, shared prisms and a least-squares analysis using Soil Instrument’s StarAdjust software. The data is presented to the client via ARGUS, Soil Instrument’s high functionality internet based monitoring software, which processes all data, carries out any requisite calculations on the data and presents the results for the client in their preferred format – pictorial, graphical or tabular – which can be viewed from any device with internet capability. (159)